Who Invented The Guitar Pickup?

However, guitars have been around for centuries and the main difference between early models and today’s models is the guitar pickup. The guitar pickup opened a vast world of sonic possibilities for guitarists and is nowadays a crucial element when looking to upgrade your tone.

This begs the question, when was the guitar pickup invented? Who invented it? What was the reason for its creation?

In this article, I’ll give you a history of the single-coil pickup as well as the humbucker pickup. These are the two most important pickups that currently exist, so let’s take a dive into their history.

In the 1920s, jazz was the most popular style of music. It originated in New Orleans as a fusion of European and African music and could be heard in virtually all of the illegal speakeasies of the time (illegal due to the Prohibition of Alcohol in the USA).

This era belonged to swing big bands, a group that generally consisted of drums, upright bass, piano, and a horn section. This horn section was usually led by a solo artist who would improvise over its big band accompaniment.

At this point, the guitar was part of big bands but had no other role than to be another color for the rhythm section. It was until Italian-American guitarist Eddie Lang gave the guitar a more protagonistic role in an attempt to have the guitar also do lead lines.

However, there was one issue. Big bands were very loud and this made the guitar difficult to be heard. It is at this moment when the brightest minds of the musical engineering world began their search for louder volume.

One of the earliest prototypes for amplification of guitars came from sound engineer, Lloyd Loar. The L-5 became the first hollow archtop guitar with f-holes as well as electronics that transferred vibrations from a wooden bridge to a metal plate.

It was in the mid-1930s when the first magnetic pickup appeared, which was invented by Harry De Armond. This pickup consisted of a magnet that was wrapped in copper and which charge was interrupted by string vibrations.

However, it is American inventor George Beauchamp who gets the credit for designing the first electrically amplified, pickup-oriented guitar. The Rickenbacker Electro A-22 hit the market in 1934 and changed music history forever.

The Gibson ES-150 And Charlie Christian

In 1936, Gibson designed their own pickup which was placed in their electrified acoustic archtop: the ES-150. It was here when jazz virtuoso Charlie Christian left his mark.

Charlie Christian was an up and coming guitarist in the jazz scene. He was one of the first to acquire a Gibson ES-150, which he used to create horn-lines that successfully redefined the role of guitar in a big band. In honor of his contributions to guitar history, this pickup is now known as the Charlie Christian pickup.

Solid-Body Guitars Come Into the Scene

After the introduction of magnetic guitar pickups, the solid-body became the next milestone in guitar history. In 1940, American jazz guitarist and luthier Les Paul began designing a one-off solid-body electric guitar. This guitar was known as “The Log” since it consisted of a solid block of pine which he fashioned into a guitar.

Afterward, he pitched the idea to Gibson but they held little to no interest. It was until 1950 when Fender released their first commercially available solid-body electric guitar (the Fender Broadcaster) that Gibson regained interest

The Popularization Of Humbucker Pickups

There are many predecessors to the humbucker pickups we use today. Mentioning a few, we have the “humbucking coil”, which was invented in 1934 by Electro-Voice. This was mainly used for recording equipment.

We also have the twin coiled guitar pickup, which was invented in 1935 by Arnold Lesti. This model was pretty similar in functionality as the modern humbuckers since it used a reversed polarity to cancel the hum of single-coils.

It was until 1955 that Gibson’s specialist, Seth Lover designed the most famous humbucker design, the P.A.F. This pickup was used on the Les Paul guitar, giving it unimaginable fame and success. This humbucker model is the base of all future humbucker designs.

Another interesting fact, the P.A.F pickups are among the most sought out pickups by collectors and can amount to $1000 if in a good state.

The result of the humbucker design was a darker, fatter, and mellower tone than single-coils. This favored jazz and blues guitarists, yes, but early signs of pop and rock and roll were beginning to reveal an evolution of popular music.

It was in the mid-1960s that both distortion and overdrive became popular and sought out. This, in turn, greatly favored the humbucker pickups as distortion would accentuate hum on single-coils.

In Comes Jimi Hendrix And The Golden Era Of Guitar

It is at this point that the history of guitar-driven music is touched by one of rock and roll’s legends, Jimi Hendrix. In 1966, Jimi Hendrix was discovered by manager Chas Chandler and formed The Jimi Hendrix Experience.

It was during those years that Jimi Hendrix not only achieved indescribable success but also a God-like status for a generation of rock-influenced teenagers. To this, add the groundwork laid by legendary guitarists such as Eric Clapton, Jeff Beck, and Keith Richards and you have yourself the Golden Era Of Guitar.

It is important to notice that even though Rock N’ Roll was rapidly gaining popularity, the use of humbuckers was still very limited in comparison to single-coils. It was later on in the evolution of Rock music that humbuckers began making a name for themselves.

The 70s and 80s proved to be a continued evolution for the guitar player who now sought a way to harness more volume and distortion. Even though the P.A.F humbucker had proven to be successful, they now lacked enough power to do this.

It is at this point that new, tech-savvy companies such as DiMarzio, Seymour Duncan, and EMG began creating modern humbucker pickups that would shape the sounds of hard rock and metal. And so, the high-output pickups are introduced.

A couple of important examples in the evolution of the guitar pickup are DiMarzio’s Super Distortion and Seymour Duncan’s SH-6. The Super Distortion was built in 1972 and was known for being the first mass-produced ceramic pickup.

Up to that point, pickups were mainly made of Alnico II and Alnico V magnets. The ceramic pickup proved to be better at coaxing more overdrive from amplifiers while maintaining good dynamics.

Seymour Duncan did the same thing with his SH-6, which provided guitarists with excellent levels of tonal clarity and power while delivering more aggressive, saturated sounds.

The 1980s, EMG And The Invention Of Active Pickups

In the 1980s a new player came into the scene in the pickup manufacturing world. California-based Rob Turner founded EMG (originally called Dirtywork Studios) and went on to revolutionize the pickup game with the EMG 58.

The EMG 58 was the first pickup to unite existing pickup technology with an onboard preamp powered by external batteries. This invention was later defined as an active pickup, which was designed to completely eliminate hum and produce an even higher output.

EMG quickly became popular in the hard rock and metal community, with guitarists such as Zakk Wylde, Kirk Hammet, and Steve Lukather endorsing his active pickups.

In the next 30 years, all sorts of options and combinations of pickups became available to the public. From starter, low-budget designs to fully professional pickups, we now have a myriad of options to choose from.

We also have to take into consideration the cycles within the music industry. As of now, there is a particular attraction to vintage-sounding gear, giving single-coils a resurgence in popularity. Who knows what the future will bring but one thing is for sure, the guitar pickup will continue to evolve and provide us sounds we haven’t even dreamed of.

Jose has been a musician for over 12 years. He has a Bachelor's Degree in Music and Guitar Performance from Musicians Institute in Los Angeles, along with a minor in Audio Engineering and Music Production. 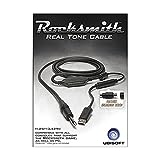 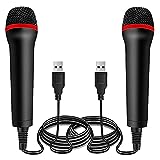 B-Band is a participant in the Amazon Services LLC Associates Program, an affiliate advertising program designed to provide a means for sites to earn advertising fees by advertising and linking to Amazon.com